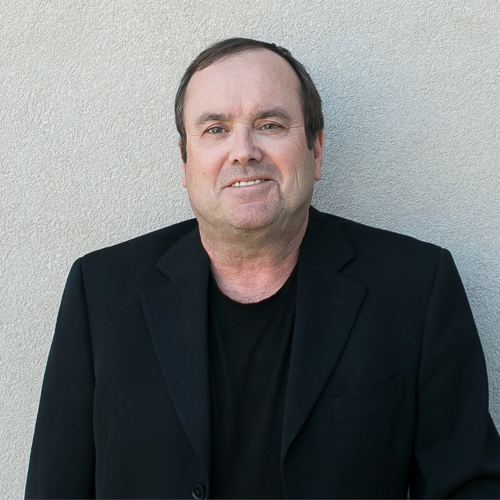 Don Dunphy (Chair) is a retired geologist and educator with bachelor degrees in geology and education, a diploma in mineral technology, and a master of education in information technology. With a history spanning more than 4 decades as an actor, he has performed with Stephenville’s Bay Theatre, Corner Brook Playmakers, Stephenville Theatre Festival, MUN Drama, 2nd Stage Players, and ABCD Productions. An avid storyteller, Don includes traditional stories and recitations along with many original works in his repertoire. His special interest in performing and promoting traditional music led Don and a small group of other performers to form the Bay St. George Folk Arts Council in 2007. Over the past 12 years, Don has developed his skill as a lapidarist (the art of cutting, grinding and polishing stone) and has focused on using local rock, minerals and semi-precious gemstones in his work. 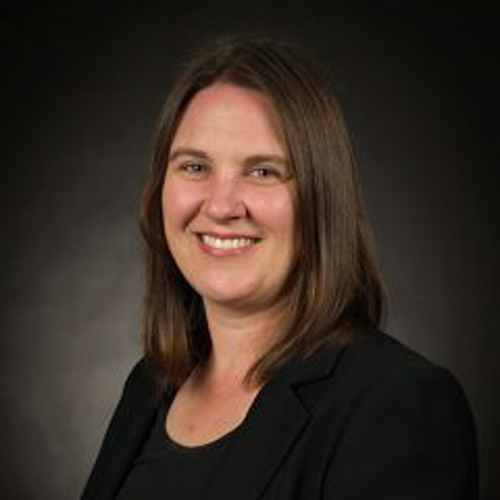 Kristin Harris Walsh (Co-Vice Chair) is a dance scholar, writer, and performer in St. John’s. Trained in ballet and step dance, Kristin has taught and performed percussive dance styles in the province and Ireland, for fifteen years. Kristin holds a BA (Hons.) in Interdisciplinary Fine Arts (York), an MA in Dance (York), and a PhD in Folklore (Memorial), where she wrote a dissertation on vernacular dance practices (set dance and step dance) in Newfoundland and Labrador. Kristin has published her research in local, national, and international scholarly and popular sources. Kristin is also the founding president of DanceNL, a provincial sectoral dance organization, and served as president for the Society of Canadian Dance Studies/La Société des études canadiennes en danse. 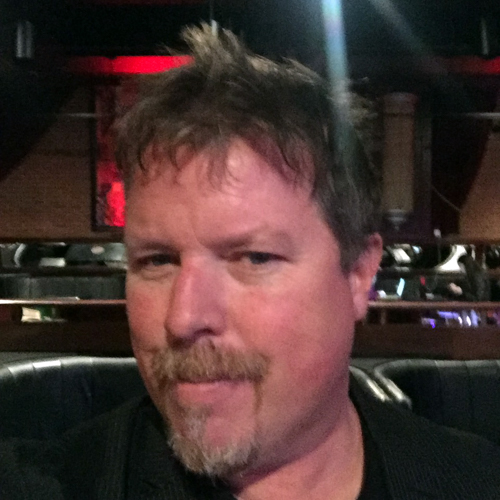 Robert Hallett (Co-Vice Chair) is a native of St. John’s, in 1993 he and some friends started Great Big Sea, a legendary band which went onto sell over 1.5 million records internationally over a 20 year career. Bob’s company, Kilbride Music, has managed bands, produced records, radio specials, and live concerts. Bob works with the producers of the Broadway musical Come From Away as a Music Consultant, and has also worked at the Stratford Festival as a Composer & Music Director. As an author he has written dozens of magazine articles, essays and several books, including the best-selling memoir Writing Out The Notes. In his spare time he runs Erin’s Pub & Tavola Restaurant in downtown St. John’s, and plays accordion and other instruments in the band Kelly Russell and the Planks. 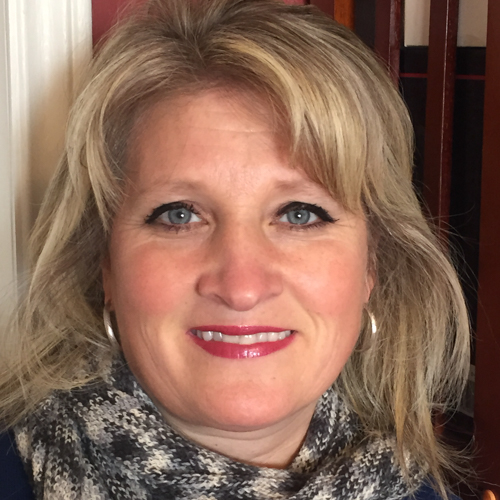 Dr. Debbie Brake-Patten is a native of St. Fintan’s, a rural community on the beautiful west coast. After completing her science degree and doctor of chiropractic in 1994, she settled back on the west coast where she lives in kippens and practices in Stephenville. She is married to Dave, who is from St. Johns’s, and they have three children: Robert, Andrew, and Julia. From 2002-2006, she completed a Master of Education degree from MUN through distance. She has served in many leadership roles over the past 25 years, including, local community, provincial and national chiropractic and municipal as she currently serves as volunteer mayor for the Town of Kippens. She teaches anatomy and physiology to first-year paramedicine students at the College of the North Atlantic. She was instrumental in forming the Stephenville Historical Society in 2011, which led to the opening of the Regional Museum of Art and History. She and her husband opened a foundation in 2016 to provide support to families living with Autism Spectrum Disorder. They have been operating Camp Evergreen since 2017. They are proud foster parents since 2016. Dr. Brake-Patten has many interests and strives for the sustainability and the enrichment of the people of Newfoundland Labrador. 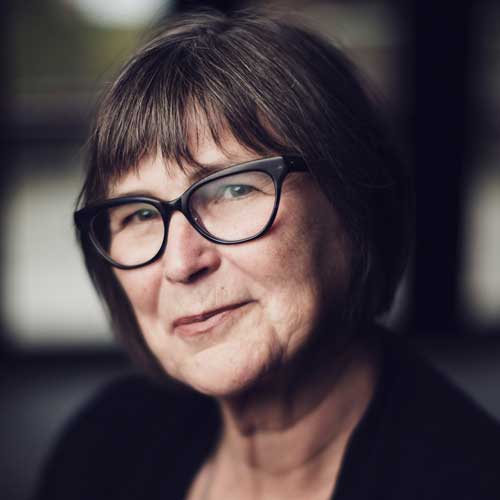 Ann Connors has many years of experience in the arts sector as an administrator, curator, consultant, producer, and presenter in the performing arts. Her work in the arts sector is local, national, and international in scope. She is a passionate advocate for the fair and equitable work/life conditions and practises for artists.

Ann is currently Managing Producer of Terra Bruce Productions, a newly formed performance production company based in St. John’s. She is a member of Arts Consultants Canada, an Associate of nationally based consulting company, The Arts Firm, a member of the Newfoundland and Labrador Association of Woman Entrepreneurs, and serves of the Board of Directors for the Association for Professional Theatres Newfoundland and Labrador. 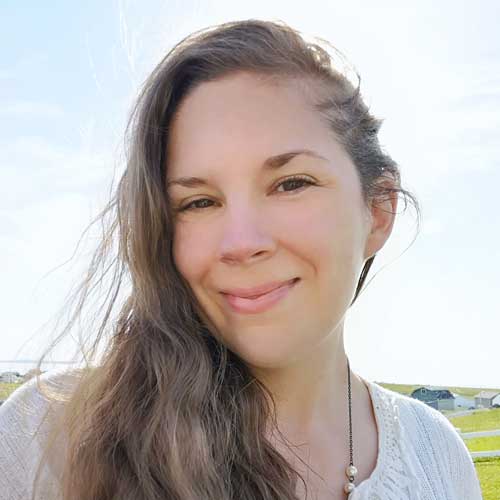 Michelle Keep is a USA Today and Wall Street Journal bestselling author along with her high school sweetheart. Together, they own and operate Pathforgers Publishing, where they write, publish, and market genre fiction. They live in beautiful and inspiring Bonavista, NL. Michelle is an advocate for worker and artist’s rights, and has formally served as the President of the Canadian Freelance Union and the Board Secretary of the St. John’s Status of Women Council. 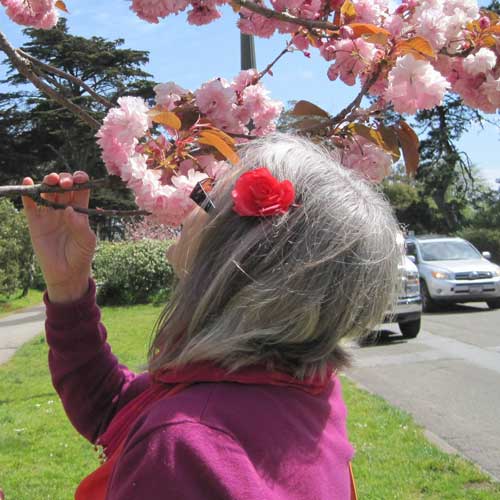 Shawn O’Hagan has been a practicing artist for over 40 years, holding a BFA, an MFA, and a B.Ed in Art Education. She has taught in the Visual and Theatre Arts Programs at MUNL Grenfell Campus. She is a multi-media artist and has exhibited extensively provincially and nationally. She lives in Corner Brook, NL and divides her time between her home studio and her cabin in the Bay of Islands. She has been on many boards, committees and juries including ArtsNL, Craft Council of Newfoundland and Labrador, Eastern Edge Gallery, and The Rooms. 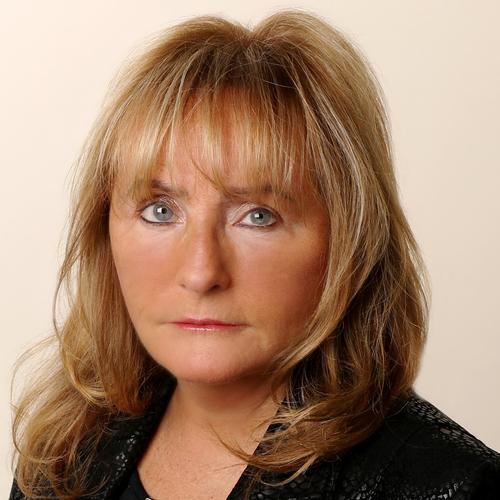 Gina Power is a creative industry veteran whose passion for the entertainment industry has led to a varied career in film, television, digital, publishing covering content creation, sales, marketing, and distribution, both domestic and foreign. Previously, she held a senior management position for more than 25 years with The Walt Disney Company: Disney ABC Home Entertainment and TV Division developing and implementing sales, programming, distribution, and operations strategies across multiple entertainment platforms. Now under the Ho11yrock banner, Gina specializes in cultural trade missions and international film markets, providing co-production and
broadcast sales expertise to domestic and foreign content creators. She has served as jury member for the Canadian Screens Awards, Banff Media Rockie Awards, Toronto 48Hrs Film Festival, and WIFT Showcase Awards. She is a member of Women in Film and Television (WiF-T &amp; WiFT-A), the Directors Guild of Canada (DGC), and the Academy of Canadian Cinema and Television (ACCTA). Gina serves on Sheridan College PAC for Creative Industries Management Program, volunteers as a wish granter for Make a Wish Foundation, and provides mentorship to emerging filmmakers. Gina is currently completing her Master of Laws degree (LLM) at York University, specializing in Intellectual Property Law. 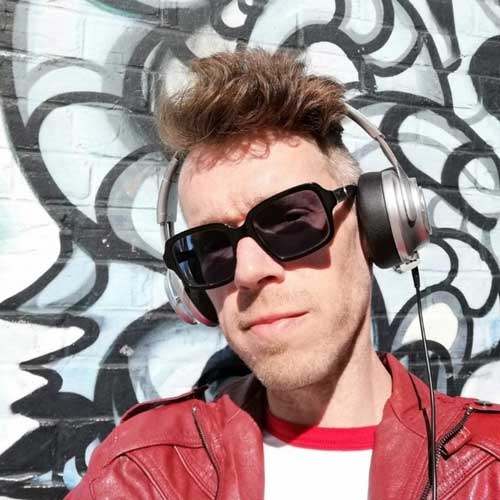 David Reynolds’ passion for language and literature is undeniable. His first work was published when he was only 11 years old, and he’s been engrossed in the minutiae and nuances of the English language in one way or another ever since.

He holds a BA (English & philosophy) and an MPhil (humanities) from Memorial University, where he was fortunate enough to study superhero narratives in a broad context.

Besides teaching English at Atlantic Canada’s largest university, he writes, edits, performs, and publishes a broad range of literature, primarily through Problematic Press, which he founded as a side project in 2013.

In 2021, Reynolds published his debut novel, The Marvelous Saga of the MERCANARY™ – the gonzo result of a lockdown art project. 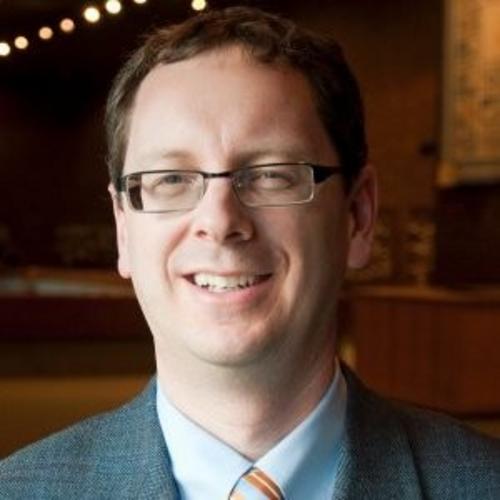 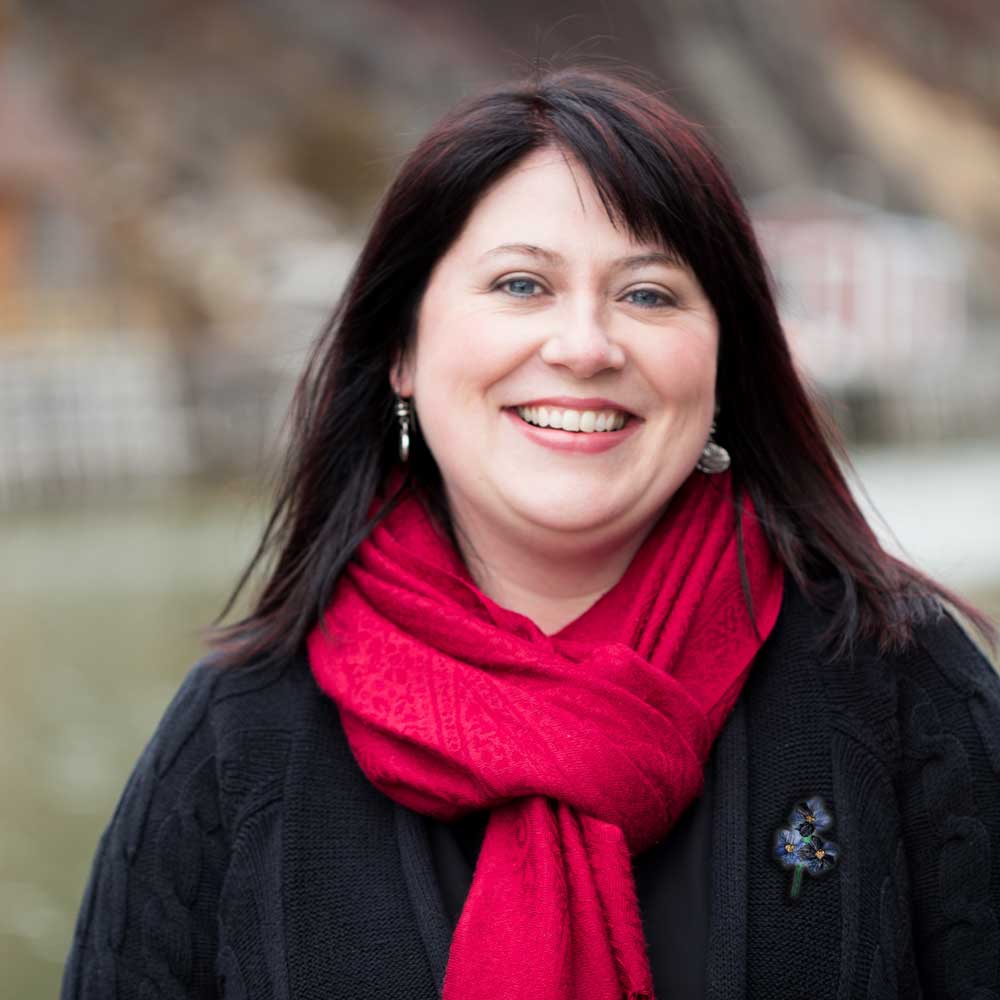 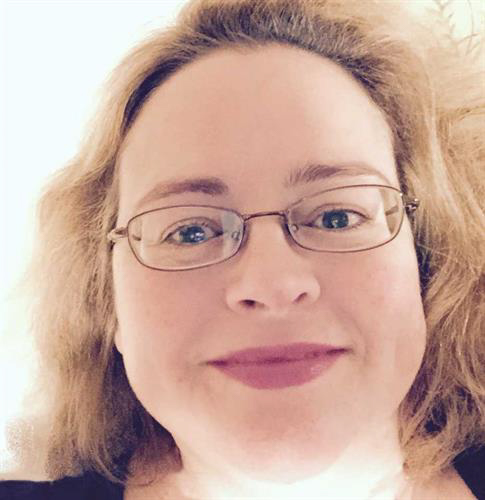 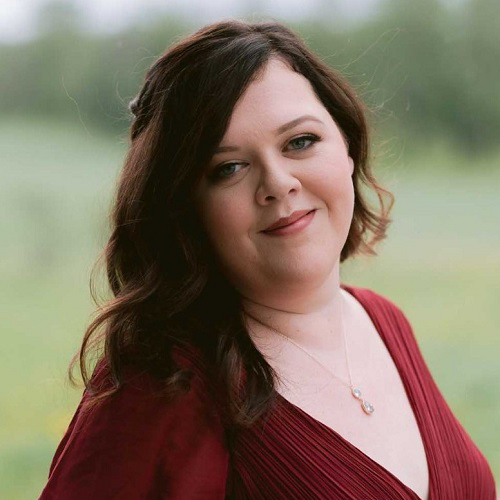 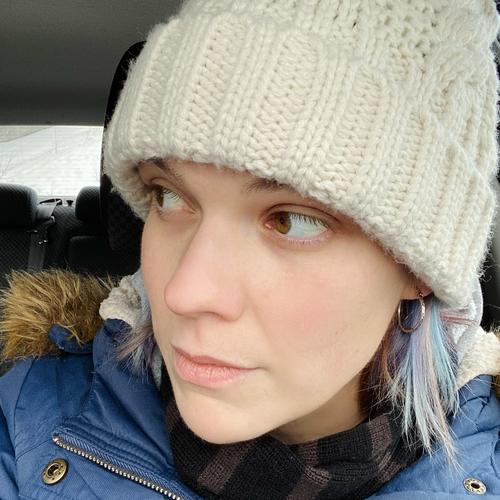 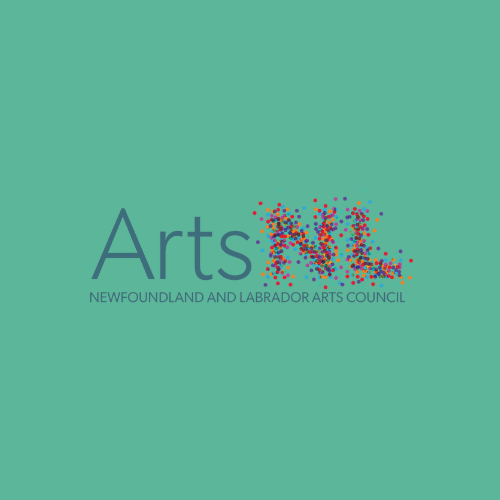